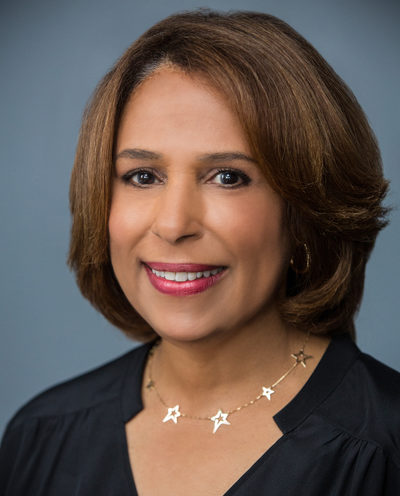 From 2000 to 2005, Sharon served as lead counsel on behalf of the United States in the largest civil Racketeer Influenced and Corrupt Organizations (RICO) enforcement action ever filed, United States v. Philip Morris USA, et al., the federal tobacco litigation. Following a nine-month trial, the federal district court found that the major U.S. cigarette companies violated the civil provisions of RICO and committed fraud on a massive scale. They were ordered to change the way they do business, particularly in marketing and advertising, and the decision was affirmed upon appeal to the D.C. Circuit. The findings in the federal district court’s decision have been used by health lawyers and other advocates throughout the world in an effort to reduce smoking and smoking initiation.

Sharon is co-author of the book, Bad Acts: The Racketeering Case Against the Tobacco Industry, an insider’s account of the federal tobacco litigation that led to the landmark decision. The book was published by the American Public Health Association in 2012. While at the Department of Justice, Sharon received numerous awards recognizing her work, including the U.S. Attorney General’s John Marshall Award for Outstanding Legal Achievement, as well as the Stanley D. Rose Memorial award, the Civil Division’s highest and most prestigious award.

From 2007 until 2009, Sharon worked exclusively on pro bono matters at the D.C. law firm of Holland & Knight. During that time, she worked on prison litigation reform issues and on a federal class action suit filed in New Orleans, representing detained children who were denied basic constitutional and civil rights during their imprisonment, a case that was settled after the court certified the class. For her work on the case, Sharon received the Justice for Youth Award from the Juvenile Justice Project of Louisiana.

In 2009, Sharon joined a civil rights litigation boutique firm in Washington, D.C., representing plaintiffs in employment discrimination and wage and hour cases; Sharon has tried to verdict two class action cases. She worked with a team of attorneys representing over 6,000 female employees in Velez v. Novartis. Following a seven-week trial in the Southern District of New York, Sharon’s trial team secured a $253 million jury verdict for the plaintiffs, the largest employment verdict in a gender discrimination case in U.S. history. The trial judge remarked that the case had been “brilliantly tried.”

Because of the comparisons drawn between the federal tobacco litigation and potential climate litigation, Sharon has given presentations to three U.S. Senators interested in her work. She has also been an invited speaker to groups at Harvard Law School and Columbia Law School about climate change and its legal implications. Sharon has also met with some state Attorneys General regarding potential climate change litigation.

In October 2019, at the request of the U.S. House of Representatives members of the Subcommittee on Civil Rights and Civil Liberties, Sharon offered testimony at a hearing that focused on climate change denial. She provided written and oral testimony for the congressional record on the topic, “Examining the Oil Industry’s efforts to suppress the Truth About Climate Change.”

Sharon is a frequent guest speaker on a variety of topics. For example, Sharon appeared as an expert witness before the Philippines Commission on Human Rights in 2018, addressing issues of climate change.In 2018, she also received the Mulshine Leadership Award from the Prevent Cancer Foundation. In 2016, she was the keynote speaker for the West Virginia annual meeting of the N.A.A.C.P. She was invited by the Republic of Korea to address the National Health Insurance Service in 2014, and in 2006, Sharon gave the Gaylord Anderson Lecture at the University of Minnesota School of Public Health.

Sharon has appeared and discussed her work on several national television programs, including Hardball with Chris Matthews, Fox News Sunday, The CBS Evening News, and Face the Nation with Bob Schieffer, as well as on radio programs such as The Rachel Maddow Show on Air America and several National Public Radio programs. She is also featured in the 2011 documentary film, “Addiction Incorporated,” which highlights the story of a key witness in the case against Big Tobacco.

Sharon is a graduate of Mississippi State University and Georgetown University Law Center. Sharon is licensed to practice in D.C., Florida, Ohio, and West Virginia. She lives with her family in northern Virginia.