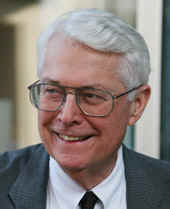 In 1968, Fitzgerald reported a $2.3 billion cost overrun in the Lockheed C-5 aircraft program. As a congressional witness before the Joint Economic Committee, he testified with candor and transparency about billions of dollars in avionics program cost overruns and other technical problems.

Fitzgerald was illegally fired by President Nixon. Mr. Fitzgerald’s landmark federal whistleblower case resulted in his reinstatement. He was instrumental in the enactment of the Civil Reform Act of 1978 and his disclosures effectually led to the passage of amendments to the False Claims Act in 1986.