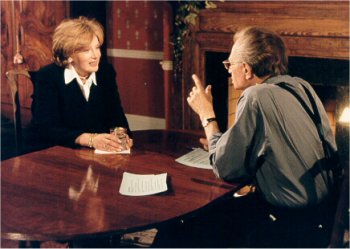 Linda Tripp, a former White House employee, made disclosures to the Office of Independent Counsel that President Clinton had lied under oath resulting in him being found in contempt of court and losing his law license.

White House whistleblower Linda Tripp successfully challenged the Department of Defense when it illegally released confidential information from her security clearance file. The illegally released file was an act of retaliation for her role in presidential impeachment proceedings. The DOD Office of Inspector General found the leak of information to be illegal. In defense of her Constitutional Rights, her attorneys obtained a settlement in her Privacy Act lawsuit with the Federal Government for $595,000 that included a retroactive promotion and retroactive pay at a higher salary. There has been extensive news coverage of the case by CNN, USA Today and Time.