What is the False Claims Act?

It was originally signed into law in 1863 by President Abraham Lincoln during the Civil War. In the midst of wartime, it had become clear that many suppliers were providing substandard goods and services to the troops. In an effort to counter this, the FCA was passed to target fraud in government contracting and against the government.

Since its original signing, the False Claims Act has seen several revisions and become increasingly powerful, but one aspect has remained since its conception: the qui tam, or whistleblower, provision. This important provision allows any individual or non-governmental organization to file a lawsuit, in U.S. District Courts, on behalf of the United States government.

Under this provision, whistleblowers can be rewarded for confidentially disclosing fraud that results in a financial loss to the federal government. Provided that their original information results in a successful prosecution, whistleblowers are awarded a mandatory reward of between 15% to 30% of the collected proceeds. These rewards are often substantial, since under the False Claims Act, the criminal is liable for a civil penalty as well as treble damages.

It is important to note that the FCA was written to be expansive. As a result, it is (1) applicable to conduct outside the U.S. – so long as there is federal spending, procurement or contracting, (2) suitable for building criminal cases as well as civil, and (3) possible for anyone to serve as a whistleblower, including non U.S. citizens and NGOs.

To learn more about the specifics of the law, check out our FAQ page here.

“[T]he False Claims Act has provided ordinary Americans with essential tools to combat fraud, to help recover damages, and to bring accountability to those who would take advantage of the United States government – and of American taxpayers.

What is “First to File?”

The text of the False Claims Act reads in part: “No other person other than the Government may intervene or bring a related action based on the facts underlying the pending action.”

This is known as the “first to file” provision. In practice, what this means is that whoever files first is the only person with a right to the compensation claim. Future allegations will be barred if they state the facts that have already been disclosed in another whistleblower claim or prior qui tam case.

The “first to file” clause has two main aims: (1) to incentivize timely whistleblower reports to the government, and (2) to discourage additional lawsuits that either do not allege a different type of fraud or could not result in a separate and distinct recovery.

To learn more about the “first to file” clause, read The New Whistleblower’s Handbook, the first-ever guide to whistleblowing, by the nation’s leading whistleblower attorney. The Handbook is a step-by-step guide to the essential tools for successfully blowing the whistle, qualifying for financial rewards, and protecting yourself.

“The False Claims Act and its [whistleblower] provisions remain the government’s most effective civil tool in protecting vital government programs from fraud schemes.”

What is “Reverse False Claims”?

The False Claims Act is traditionally understood to encompass instances when an entity submits a bill to the government for work that was not performed or work that was performed poorly. Common examples are Medicaid/Medicare fraud and defense contracting.

However, it also applies to instances in which a wrongdoer has prevented the government from collecting what it is owed. This is called “reverse false claims.”

One example would be customs violations on imports coming into the U.S.  In making a false statement on a custom declaration or undervaluing and misclassifying goods, the entity has kept the government from receiving proper compensation. Multiple whistleblowers have filed successful FCA cases exposing violations of customs and import laws.

The Fraud Enhancement and Recovery Act, passed in 2009, has only strengthened this type of case by expanding liability under the False Claims Act for making false or fraudulent claims to the federal government.

You can learn more about reverse false claims here.

“Going after waste, fraud, and abuse without whistleblowers is about as useful as harvesting acres of corn with a pair of rusty old scissors.”

Since the False Claims Act was signed into law, it has become the most successful anti-fraud act in the United States. According to the DOJ, in Fiscal Year 2020 alone, the government recovered over $2.2 billion in FCA settlements and judgements. Over $1.6 billion of that can be attributed to whistleblower-initiated cases. As a testament to its success, 31 states have established state versions of the False Claims Act, showing that it is widely applicable and necessary across the United States.

These massive recoveries are due to the major changes made to the FCA in 1986. Thanks to the efforts of Senator Charles Grassley and Representative Howard Berman in Congress, the FCA was amended to increase damages significantly for these cases and encourage whistleblowers to come forward.

As these numbers show, whistleblowers are a vital resource of the U.S. civil recovery program. Oftentimes, they are the sole access point for information regarding cases of fraud. Whistleblowers are a necessary tool in the protection of the U.S economy and the prevention of government defrauding. Without their help, a successful law enforcement program would be only a fraction of its current effectiveness.

The FCA framework should be and is a model for the implementation of other whistleblower programs: we can use best practices learned here to apply elsewhere. 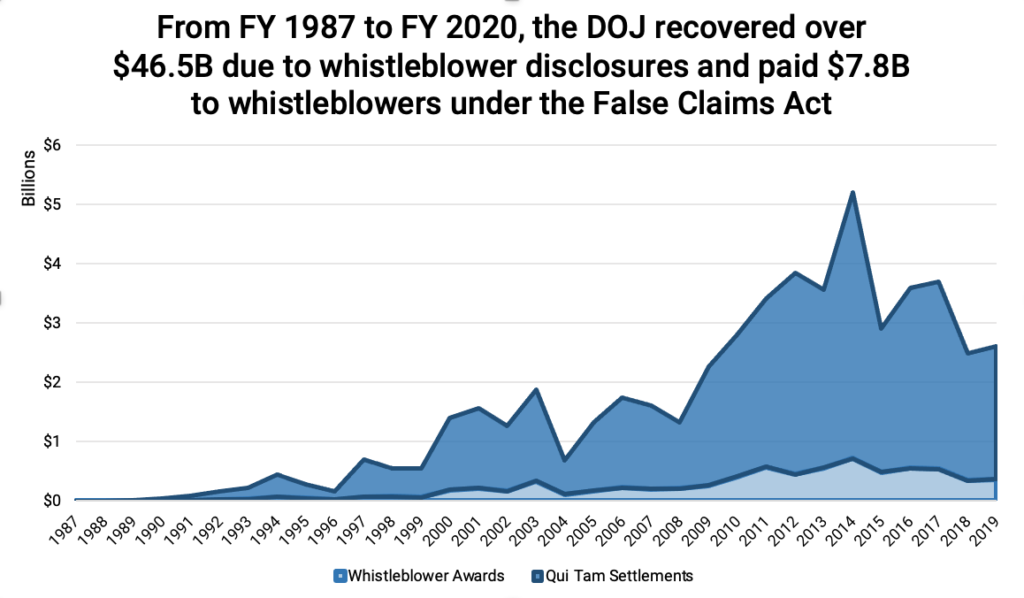 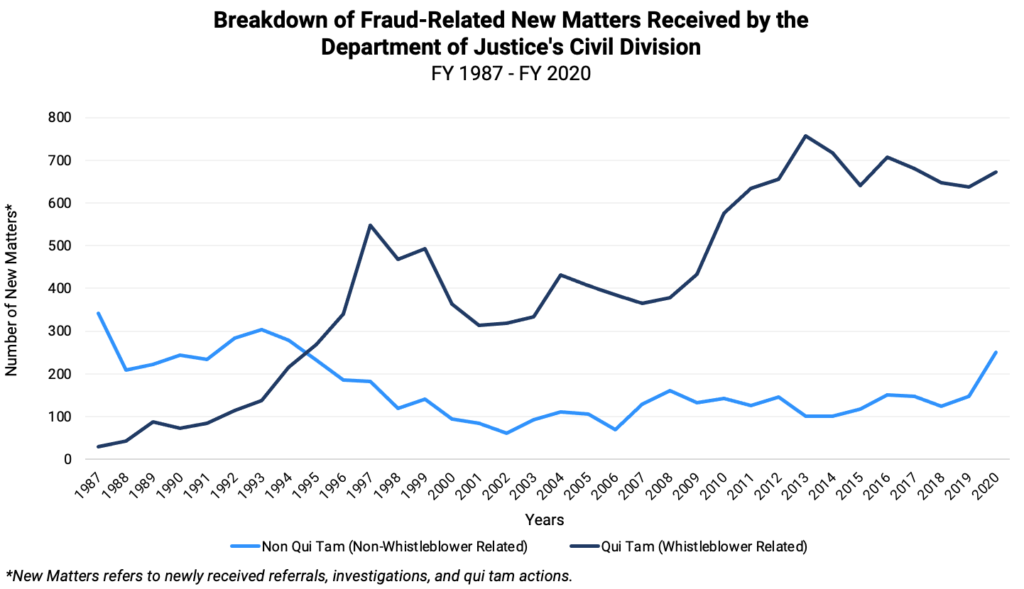