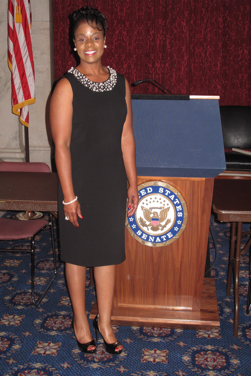 Dr. Tommie “Toni” Savage worked as a highly respected contracting officer with the Army Corps of Engineers in the Huntsville, Alabama Support Center. In her career, Savage received many accolades for her integrity and outstanding performances on the job. In 2006, Savage reported on a pattern and practice of illegal contracting activity resulting in millions of dollars of contracting fraud in the Army’s “Ranges Program.”

Savage’s disclosure of fraud prompted heavy retaliation as she was removed from her position, denied performance awards, subjected to harmful gossip, faced hostility by the Huntsville Command, and endured insensitive and racist statements. The hostility in her work environment culminated in documented psychological injury to Savage, causing her to be unable to return to work and, as a result, be terminated in 2009.