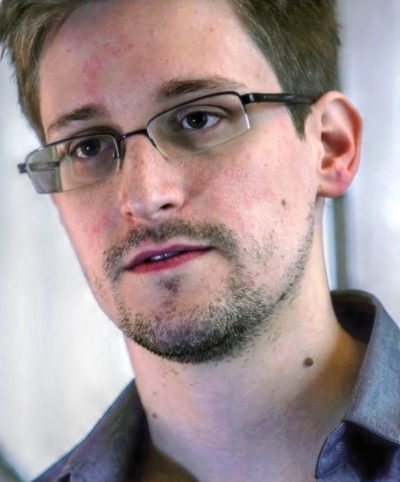 In 2013, Edward Snowden, a former intelligence contractor for the U.S. National Security Agency (NSA), revealed the existence of previously highly classified intelligence-gathering surveillance programs run by the NSA and the U.K.’s equivalent, the GCHQ. While working at the NSA, Snowden began accumulating information on NSA surveillance programs and activities while contracted there from 2009 to 2013.

In May 2013, Snowden flew to Hong Kong where he brought NSA documents to reporters at The Guardian, who conducted interviews of Snowden about his discoveries. With The Guardian and The Washington Post publishing reports on NSA surveillance and data-collecting activities, Snowden revealed his identity shortly thereafter. In June 2013, the U.S. government charged Snowden with espionage under the Espionage Act and attempted to extradite him. However, with the Hong Kong government not taking any action with regard to his extradition, Snowden fled to Russia where he has since remained.

Snowden’s discoveries drew open the curtain on many classified NSA programs including PRISM, an undercover data-mining operation that collected private data of users from companies such as Apple, Facebook, Google and AOL. Additionally, included in Snowden’s exposures was an NSA court order compelling internet service provider, Verizon, to turn over metadata for millions of its users.

In August 2013, President Obama announced proposed reforms to increase transparency of NSA and other agency programs, including updating sections of the Patriot Act and reforming the Foreign Intelligence Surveillance Court. Additionally, President Obama convened an independent panel of outside experts to examine the U.S. government’s surveillance technologies and practices. In December 2013, the panel found that the NSA should not be permitted to collect personal data and information from Internet service providers and phone carriers, among other recommendations.