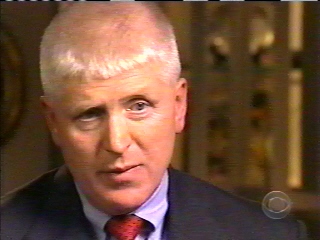 Former FBI Unit Chief John Roberts blew the whistle on severe FBI misconduct. He was a key investigator responsible for uncovering misconduct in many high-profile scandals within the FBI, including the Ruby Ridge shootings.

Despite having obtained permission for making these public disclosures, Mr. Roberts was swiftly retaliated against, immediately after the broadcast.  A Department of Justice Office of Inspector General investigation confirmed the illegal retaliation (part 1 and part 2 of the report), and for the first time in FBI history a senior level manager (an Assistant Director) was removed from his position based on his mistreatment of Mr. Roberts.  The Roberts retaliation case was highlighted in a second 60 Minutes broadcast.