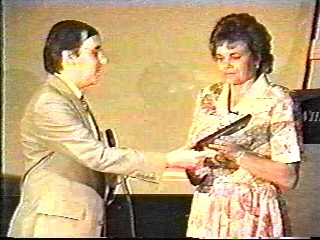 Vera English was a pioneer whistleblower in the 1980’s.  Ms. English was fired from General Electric after exposing widespread radiation contamination. Her Supreme Court case established the right of whistleblowers to pursue cases under state law.

Ms. English told her story in the video “How to Blow the Whistle and Win,” a training video produced by the National Whistleblowers Center.