Join us on April 22 at 4PM EST as we recognize climate whistleblowers, talk about NWC's Climate Corruption Campaign, and participate in the official Earth Day’s “Invest in Our Planet“ theme. Our panel of climate advocates will discuss how fearless climate whistleblowers have, and can, change the world by standing up against climate crimes and other violations.

Climate change poses a real threat. And real-world solutions to stave off climate change are not being developed, or implemented, fast enough. However, whistleblowers with strong ethics and morals may actually be a viable solution to holding fraudsters and environmental criminals accountable.

Join us on April 22 at 4pm as we recognize climate whistleblowers, talk about our Climate Corruption Campaign, and participate in the official Earth Day’s “Invest in Our Planet“. We will have a panel with various climate advocates who will discuss how fearless climate whistleblowers have, and can, change the world by standing up against climate crimes and risks 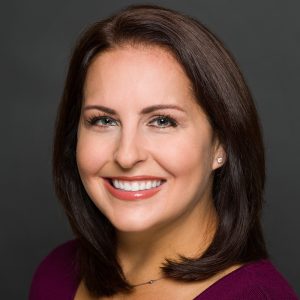 As Senior Advisor on Wildlife Trafficking, Sara leads the work of AZA’s Wildlife Trafficking Alliance — a coalition of nearly 90 leading companies, nonprofits, and AZA-accredited zoos and aquariums, that combines its resources, expertise, and public reach to end illegal wildlife trade. Sara is also heads up AZA’s Reduce the Risk initiative, which seeks to reduce zoonotic disease threats by combating wildlife trade that poses a risk to human and animal health.

Prior to joining AZA, Sara was the executive director of the U.S. Wildlife Trafficking Alliance (USWTA), until a merger with AZA was announced in 2018. As the Senior Advisor on Wildlife Trafficking, Sara continues to lead the efforts of the WTA and also works closely with AZA members on wildlife trafficking issues.

Prior to working on wildlife trade issues, Sara was the director of wildlife at The Humane Society of the United States, leading two national campaigns that focused on fur-free fashion and lead-free initiatives. From 2010-2014, Sara was responsible for a variety of domestic and international energy and climate initiatives at the United Nations Foundation, serving most recently as the associate director of global outreach on a climate science communications project around the release of the UN Intergovernmental Panel on Climate Change Fifth Assessment Report. 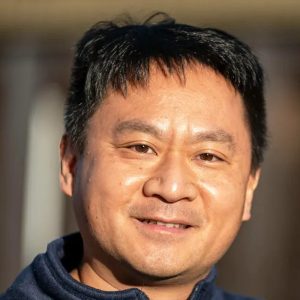 After quitting a nearly 16 year career with ExxonMobil, Dar-Lon is now an advisor to GeoSolar Technologies, a startup company for renovating homes to be free from gas, healthy in air quality, and all-electric with solar photovoltaic panels and geothermal or air-source heat pumps. Dar-Lon moved his family to the Geos all-electric neighborhood in Arvada, Colorado, in large part because of his family’s experiences in Houston with Hurricane Ike, Hurricane Harvey, and the obstruction of efforts to transition away from oil and gas by ExxonMobil, in spite of its marketing to employees and the public that it was “taking on the world’s toughest energy challenges.”

Like many of his colleagues at the ExxonMobil Upstream Research Company, Dar-Lon was recruited with the idea that ExxonMobil is actually an energy company, and that researchers would play a leading role in transitioning both the company and society away from fossil fuels starting with the “bridge fuel” of natural gas. Dar-Lon studied the twin threats of fossil fuel depletion and climate change as a mechanical engineering student at the University of Illinois at Urbana-Champaign, and he wanted his career after earning a Ph.D. to make a meaningful difference in confronting those threats. A decade and a half later, Dar-Lon was disillusioned to find that ExxonMobil’s actions were to keep humanity hopelessly dependent on natural gas in order to sell every last molecule of gas on the company’s books, rather than building a bridge to a future free from fossil fuels.

After committing to working only on climate action after leaving oil and gas behind, Dar-Lon is driven by his belief that it is not too late to for him and hundreds of thousands of oil and gas workers to truly take on the world’s toughest energy challenges of the fossil fueled climate crisis, wars due to power struggles over depletion of the last remaining affordable fossil fuels, and infrastructure that must be rapidly electrified and decarbonized to facilitate massive deployment of renewable energy this decade. 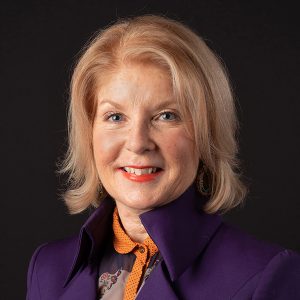 Since securing justice in her Whistleblowing case known as ‘South Africa’s Enron, Wendy has maximised her experience through studying the social psychology and neuroscience of decision making at Stanford University in addition to being accredited to train for Courageous Conversations, a course developed over twenty-five years at Stanford by Professor Emeritus Philip Zimbardo and Dr Lynne Henderson Ph.D.

Recognised as a positive disruptor and innovator Wendy is an international storyteller, writer, award winning intergovernmental and private company consultant, Council of Europe Whistleblowing Expert, academic lecturer and TED talker.  Her contribution to the EU Commission and the SEC on harmonising policies on climate change and ESG with Whistleblowing legislation has help shape the narrative on disclosures in the public interest. Wendy leverages from these unique opportunities, experiences and networks to share and demonstrate the agility, resilience and self awareness now required for our world to flourish.

Wendy founded SpeakOut SpeakUp Ltd, a training and storytelling consultancy in 2012 which provides training, lectures and talks to move people towards Speaking and Listening Up.

RSVP for the Earth Day Celebration