Money Laundering and the Laws that Apply

Whistleblowers around the world with information regarding high scale financial fraud have multiple legal avenues, including powerful U.S. laws.

Money laundering involves a “predicate offense” or “specified unlawful offense” and a scheme to disguise the proceeds from that offense. Through schemes involving cash couriers, remittance systems, complex corporate structures, or international trade, perpetrators are able to introduce proceeds from criminal activity into the legitimate financial system. The money laundering “cycle” involves a three-part system to disguise illegal profits:

The U.S. Treasury Department has identified TBML as particularly difficult to detect through the financial system, because banks do not have documentation for most trade transactions when they process payments. According to Government Accountability Office, as financial systems have developed stronger compliance with the Bank Secrecy Act and anti-money laundering regulations, law enforcement agencies have seen an increase in trade-based money laundering.

One powerful but underutilized means to combat this type of crime is whistleblowers. Whistleblowers are a critical part of any effective global enforcement strategy, as insiders often have the best insight and access to information about economic crimes that are difficult to detect like money laundering.

Whistleblowers have a proven track record in battling fraud and corruption. Many high-impact prosecutions have taken place only because whistleblowers delivered otherwise-unavailable evidence to law enforcement officials and have produced billions and penalties. In FY 2017 alone, the US government recovered over $3.7 billion through its civil fraud program. Whistleblowers were directly responsible for reporting over $3.4 billion of these recoveries, making them the source of 92% of all civil fraud recovered that year.

And whistleblowers can have industry-changing impact. One of the best examples of the potential impact of whistleblowers in combatting money laundering is the case of Howard Wilkinson, a British citizen working in Danske Bank’s Baltic Trading Unit. In 2013, Mr. Wilkinson noticed that a company moving large sums of money in and out of the Estonia branch of Danske Bank reported having no income or assets. Mr. Wilkinson reported this discrepancy and investigated it further. In the process, he unearthed a massive money laundering operation, with over $230 billion flowing from Russia and other former Soviet states through the Estonia branch and to major banks such as Deutsche Bank, Bank of America, and JP Morgan.

Mr. Wilkinson’s disclosure of the discrepancy that he noticed set off a chain of events, including investigations by the United States Securities and Exchange Commission, the Internal Revenue Service, and Department of Justice, as well as the European Banking Authority and the European Union’s banking watchdog into what may be the largest money laundering scheme in history. The scandal also forced Danske Bank to end operations in Estonia and led to the resignation of Danske Bank’s CEO.

Despite the risks to his personal safety, Wilkinson has testified before the Danish and European Parliaments in favor of greater whistleblower protections in Europe after his role in exposing the scheme was leaked by the press. In October 2020, Wilkinson was named the co-winner of the Allard Prize for International Integrity, which recognizes the contributions of individuals, movements, and organizations in the fight against corruption and the protection of human rights. 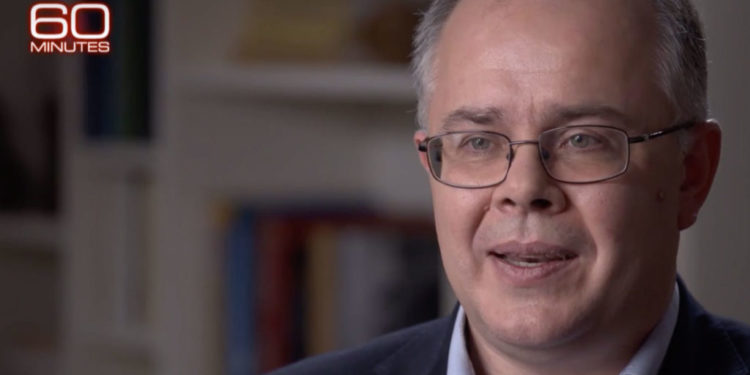 Another recent case also indicates the power of a single whistleblower in combatting money laundering: The Panama Papers. In 2016, an anonymous whistleblower gave a German journalist 11.5 million documents from Panamanian law firm Mossack Fonseca related to offshore business entities and shell corporations. The anonymous whistleblower’s disclosure led to the revelation of information about over 200,000 shell companies, some of which were engaged in tax evasion and money laundering for parties ranging from oligarchs to drug cartels.

As a direct result of the anonymous whistleblower’s disclosure, the United States Internal Revenue Service, Securities and Exchange Commission, and Department of Justice opened investigations into various individuals and organizations named in the documents, leading to a number of criminal charges. In September 2020, the Department of Justice announced guilty pleas entered by a U.S.-based taxpayer and a U.S.-based accountant on charges of wire fraud, money laundering, and conspiracy to commit tax evasion. There are ongoing investigations and numerous charges pending against other individuals named in the documents.

Both the Danske Bank and Panama Papers scandals encouraged the European Parliament to enact stronger whistleblower protections laws. In April 2019, the European Parliament passed the Whistleblower Directive, formally organizing reporting channels and providing greater protection against retaliation for whistleblowers. The European Union is currently in the process of implementing the provisions from the directive, which would provide greater clarity on the channels available for whistleblowers to make disclosures, as well as protect whistleblowers from dismissal or demotion by their employers for making disclosures. The provisions are required to be implemented by December 2021.

Many U.S. whistleblower laws are based in the concept of qui tam, where an individual or nongovernmental organization makes a confidential report, files a complaint with the relevant agency or brings a lawsuit on behalf of the government, assists in prosecuting the wrongdoers, and potentially shares in any recovery or award. Numerous U.S. whistleblower laws allow for non-U.S. citizens to make a confidential report, and in the event that the report leads to a successful prosecution, non-U.S. citizens are also often eligible to receive rewards in the form of a percentage of the government’s recovery.

Under the current IRS whistleblower program, an individual with knowledge of money laundering or any other financial fraud with tax implications can submit a report describing the issue, along with supporting evidence, to the IRS. The report must be made directly to the IRS Whistleblower Office, and it must be accompanied by solid evidence that is both credible and accurate. The Whistleblower Office will investigate the report and refer it to the appropriate department for possible prosecution. If there is a successful prosecution that meets the financial qualifications (over $2 million in taxes, penalties, and interest OR gross income over $200,000) the whistleblower will be entitled to an award of between 15 and 30 percent of the total amount collected by the government.

Additionally, in 2019, the Improving Laundering Laws and Increasing Comprehensive Information Tracking of Criminal Activity in Shell Holdings (ILLICIT CASH) Act, S. 2563, was introduced by a bipartisan group of eight members of the Senate Banking Committee and later incorporated into the NDAA bill.

It would bring money laundering under the scope of activities covered by the 2010 Dodd Frank Act, in addition to its inclusion in the Internal Revenue code. In doing so, it will create a greater likelihood of a successful prosecution since, unlike under the IRS Whistleblower program, information can be shared confidentially between the Federal government, state governments, regulatory agencies, and foreign governments and agencies. Each and every agency or organization receiving information is bound by law to maintain confidentiality. Lear more about our campaign to see these protections strengthened here.

To read about these laws in more depth, read The New Whistleblower’s Handbook, the first-ever guide to whistleblowing, by the nation’s leading whistleblower attorney. The Handbook is a step-by-step guide to the essential tools for successfully blowing the whistle, qualifying for financial rewards, and protecting yourself.