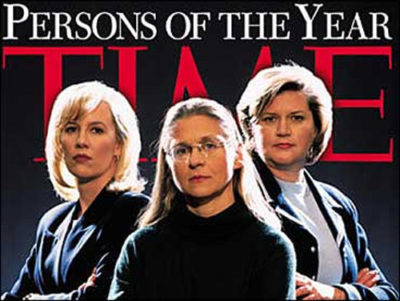 Coleen Rowley brought several of the pre 9/11 lapses to light and testified to the Senate Judiciary Committee on some of the endemic problems facing the FBI and the intelligence community.

In 1990, Ms. Rowley was transferred to the FBI office in Minneapolis where she assumed the duties of Chief Division Counsel, which entailed oversight of the Freedom of Information, Forfeiture, Victim-Witness and Community Outreach Programs.

In May of 2002, Ms. Rowley testified before the Senate broaching concerns of senior-level FBI actions in the events leading up to 9/11. In the subsequent year, Ms. Rowley wrote a memo to FBI Director Robert Mueller in connection with the Joint Intelligence Committee’s Inquiry, which led to a two-year-long Department of Justice Inspector General investigation. Her memo criticized the FBI for ignoring and mishandling information provided by Minneapolis field agents regarding further investigation of Zacarias Moussaoui, a suspected terrorist, and a potential attack on the United States. She was one of three whistleblowers chosen as Person of the Year by TIME magazine.