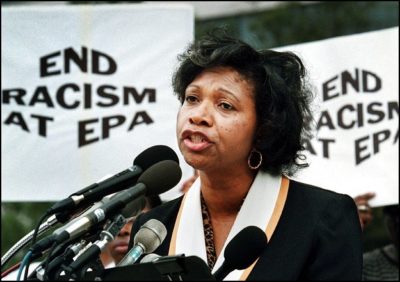 Dr. Coleman-Adebayo sacrificed her career at the U.S. Environmental Protection Agency (EPA) to speak out against vanadium poisoning in South Africa. She is the author of, NO FEAR: A Whistleblower’s Triumph Over Corruption and Retaliation at EPA. NO FEAR tells the story of vanadium miners in South Africa and Dr. Coleman-Adebayo’s efforts to protect them. Although she won a historic jury verdict, the EPA continued its retaliation.

Dr. Coleman-Adebayo led the charge against racial discrimination and whistleblower retaliation at the Environmental Protection Agency. Her campaign resulted in the passage of the NO-FEAR Act.