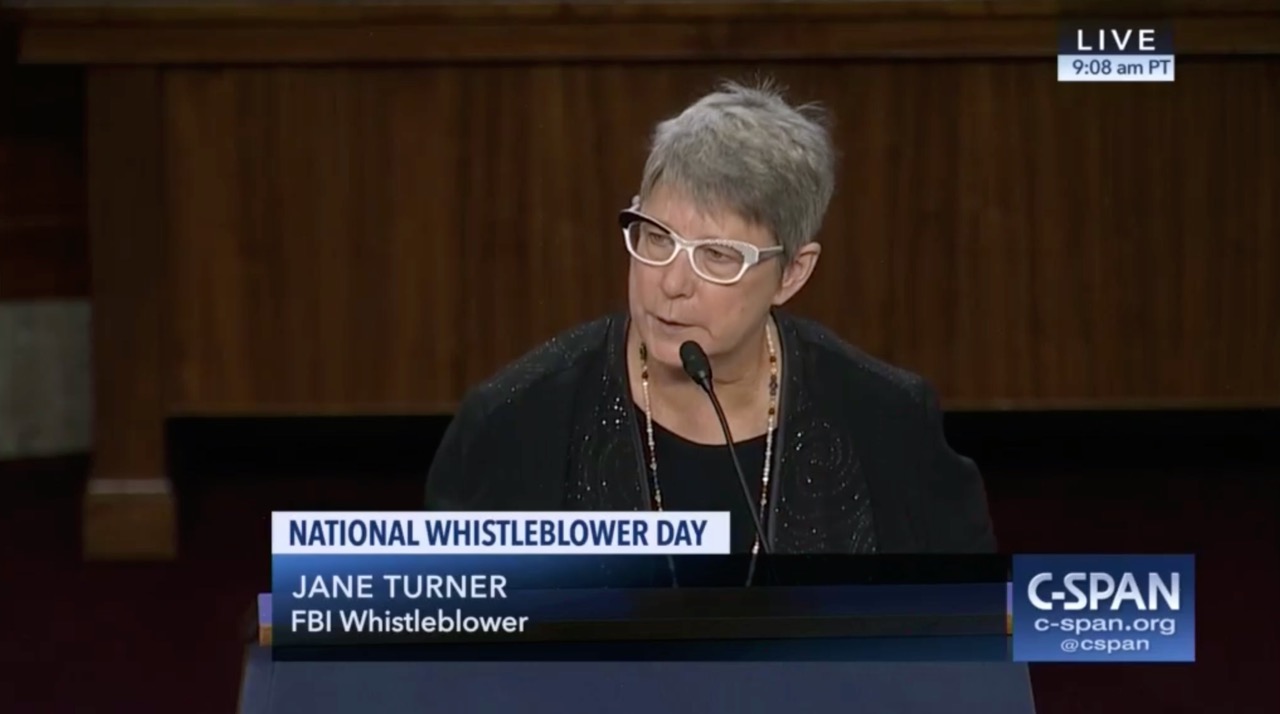 Jane Turner was a highly decorated, 25-year veteran Special Agent with the FBI. She served in the most difficult investigatory positions and was the first women named as the head of an FBI resident agency. She led the FBI’s highly successful programs combating crimes against women and child sex crime victims on North Dakota Indian Reservations.  In retaliation for exposing FBI failures within its child crime program, Turner was removed from senior resident agent position.

Turner successfully fought her removal and won a historic victory for all FBI whistleblowers before the U.S. Court of Appeals for the Eighth Circuit.  She challenged her retaliation in federal court, and won a unanimous jury verdict in her favor, obtaining the largest compensatory damage award permitted under the law for federal employees.  Jane also exposed criminal theft of property at the 9/11 crime scene by a handful of FBI agents.  She was harshly retaliated against for reporting these violations to the Department of Justice, Inspector General.  After a ten-year battle, she prevailed, becoming only one of a small handful of FBI agents to win her cases under the FBI Whistleblower Protection Act.