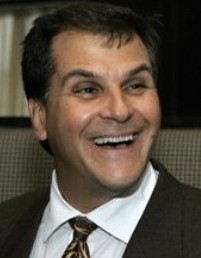 Richard Convertino is a former top United States Prosecutor who successfully prosecuted the first terrorist case after 9/11. After winning the case, he blew the whistle to the U.S. Senate about serious DOJ misconduct in the war on terror. Convertino’s case was featured on “This American Life.”

He was severely retaliated against and lost his career. In an unprecedented act of vengeance, the DOJ indicted him for obstruction of justice. A jury of his peers found him not guilty on all counts.