WASHINGTON, D.C. | June 1, 2021 — The National Whistleblower Center (NWC) welcomes Siri Nelson as Executive Director. Siri Nelson is an experienced whistleblower attorney, policy expert, and Adjunct Professor of Law at Northeastern University School of Law. Nelson was selected for her leadership skills, her legal acumen, and her passion for whistleblower issues. 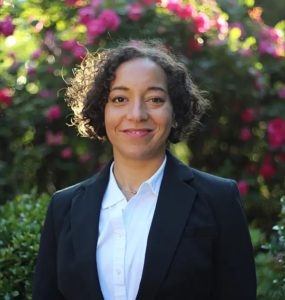 On accepting the Executive Director role, Nelson said, “This is a phenomenal opportunity to lead NWC’s critical mission of supporting whistleblowers. I am honored to accept this incredible role and hope to promote lasting changes for whistleblowers who bravely risk it all to safeguard our environment, economy, and democracy.”

Nelson strongly believes in advancing whistleblower rights across every area of society and industry. She will zealously lead the NWC team in its work, ensuring whistleblowers are protected and rewarded for the risks they take to safeguard our environment and the global economy. Nelson will also serve as the Managing Director of the NWC-supported legal program which aids whistleblowers.

“Nelson is very passionate about improving the plight of whistleblowers. Her past accomplishments and thought leadership towards this goal make her an exceptional choice to serve as NWC’s Executive Director,” said Stephen M. Kohn, NWC’s Chairman of the Board.

“For 33 years, NWC has been the premiere nonprofit entity working with whistleblowers around the world. NWC has never taken its eye off NWC’s guiding star, enabling whistleblowers to speak truth to power while defending and supporting them. The founders of NWC, and subsequent Executive Directors, have been courageous, honest, inspirational, possessed of moral integrity, determined, brave, passionate, and caring. Having worked with Siri Nelson at Whistleblower Network News and the law firm of Kohn, Kohn & Colapinto, I see those same skill sets. She is exactly the right person, at the right time, with the right credentials to lead NWC as they engage in battling corruption, not only on the home front, but globally. The torch has been passed, and the future of NWC has never been brighter with a leader like Siri Nelson,” said Jane Turner, NWC Board Member and FBI whistleblower.