Stopping the Trade in Illegal Timber

As demand for timber products increases, so does illegal logging, which is a major driver of the deforestation devastating forest-dependent communities, and worsening climate change. Learn more about crimes in the industrial logging industry and what can be done to combat it.

In recent years, many conservationists have rightly celebrated the increase in sustainable forestry around the world. However, the global demand for timber products continues to rise, with one report estimating a global market value of nearly $998.47 billion by 2022. Industrial logging is still the primary source of timber and timber-based products and much of this logging is often unsustainable and illegal.

Unsustainable and illegal logging in the tropics reduces the financial viability of holding the land as managed forest and thus leaves it more vulnerable to land-clearing for mining and agriculture. It also threatens endangered species like Indonesian orangutans and Siberian tigers – as well as the trees themselves. Rosewood has been called “the ivory of the forest” due to how widely it is trafficked, leaving many of the trees that produce it threatened.

As much as 23% to 30% of hardwood lumber and plywood traded globally could be from illegal logging activities, and illegal timber accounts for over 70% of timber exports in several countries with high-carbon tropical forests like Peru, Bolivia and the Democratic Republic of Congo. According to INTERPOL, the market for illegally harvested timber is estimated to be worth between $51 and $152 billion USD, annually.

As the illegal timber trade continues to grow, so does opportunities for fraud in connection with timber harvesting as well as in the wood products supply chain. That’s why NWC has assembled key resources to assist potential whistleblowers and educate those who are interested in learning more about this issue.

What are common crimes committed in the industrial logging sector?

What constitutes illegal activity in the industrial logging sector depends on which local and national laws are applicable. In the tropical countries where the most valuable timber is harvested, local and national laws typically regulate the location, amount and method of harvesting. However, enforcement of these laws is often weak or nonexistent. Fortunately, much of the wrongdoing in the industrial logging sector is regulated by U.S. law, including wrongdoing that takes place outside the U.S. Whistleblowers can play a critical role in ensuring that these crimes are prosecuted.

Here are some crimes occurring in the global timber trade that U.S. law enforcement authorities help to address with the assistance of whistleblowers:

Are there any precedents for prosecuting the illegal timber trade?

In the past decade, there have been several high-profile cases concerning illegal timber. The most notable is the case of U.S.-based Lumber Liquidators, which was fined over $13 million in 2015 in the largest Lacey Act fine to date for buying wood that had been illegally logged in eastern Russian forests. An NGO whistleblower was key to building the case against the company.

Another case concerned a 2012 criminal enforcement agreement with Gibson Guitar Corp. to resolve a criminal investigation into allegations that the company violated the Lacey Act by illegally purchasing and importing ebony wood from Madagascar and rosewood and ebony from India.

In 2017, the U.S. Department of Justice reached an agreement with Popp Forest Products under the Lacey Act to destroy 24 pallets of timber that had been harvested in violation of Peruvian law. The agreement ensured that illegal timber would not enter the U.S. stream of commerce. As part of the agreement, the company also agreed to bear all costs associated with the transportation, destruction, and disposal of the seized timber.

Most recently, the U.S. Immigrations and Custom Enforcement (ICE) launched an investigation following a 2019 EIA report on the “toxic trade” in Gabon and Republic of the Congo in a type of wood called okoumé. The report was based on a four-year undercover investigation that revealed illegal behaviors like bribery, over-harvesting, and tax evasion by Chinese-owned Dejia Group (DG) in the two African countries. DG sold the timber to companies that processed it into plywood and then imported the plywood into the U.S. without properly researching the origin of the wood, as is required under the Lacey Act. The products were then sold at multiple big box stores in the U.S. – and marketed as being environmentally friendly.

This shift towards curbing the illegal timber trade extends beyond the United States. Some nations like Gabon and the Solomon Islands have also recently taken steps to tighten regulations and have shut down improper actors. When investigating potential frauds, it’s also critical to take into account the local rules and regulations.

What laws protect those who come forward with information about fraud?

Potential whistleblowers often have more rights than they think. In recent years, a powerful suite of whistleblower laws has been enacted in the United States to enable private sector whistleblowers to report wrongdoing confidentially and to receive financial rewards for contributing to successful prosecutions.

Many of these laws have direct applications to likely frauds in the illegal timber trade, and critically, they have transnational applications – you don’t have to be a U.S. citizen in order to receive protection or rewards.

In FY 2020, the whistleblower provisions of just one of these laws – the False Claims Act (FCA) – produced $1.6 billion in recoveries for the U.S. from companies engaged in fraud. Whistleblowers received $309 million for their contributions to these successes.

The FCA could prove highly relevant to the prosecution of illegal timber, due to a provision known as the ‘reverse False Claims Act.’ It applies to instances in which a wrongdoer has prevented the government from collecting what it is owed. A relevant example concerns customs violations on imports coming into the U.S.

In making a false statement on a customs declaration or undervaluing and misclassifying timber or timber products, the company in question has kept the government from receiving proper compensation. Whistleblowers in multiple arenas have filed successful FCA cases exposing violations of customs and import laws.

And it’s not just the False Claims Act that works. The Foreign Corrupt Practices Act, Dodd-Frank Act, and IRS whistleblower law have all seen significant success, along with the environmentally oriented Lacey Act. You can learn more about the specific provisions and applications of these laws in our Major Laws section as well as on our FAQ page. To learn about these laws in depth, read The New Whistleblower’s Handbook, the first-ever guide to whistleblowing. The Handbook, authored by the nation’s leading whistleblower attorney, is a step-by-step guide to the essential tools for successfully blowing the whistle, qualifying for financial rewards, and protecting yourself.

Crucially, all of these programs allow for confidential reporting. The vast majority of whistleblowers choose to keep their identity confidential, and agencies make every effort protect the identity of the whistleblower so that they can report fraud – and still keep their job.

But it’s important to follow the designated channels. By going straight to the media or flaunting program rules, it’s possible that to forfeit whistleblower rights. That’s why NWC always recommends retaining a whistleblower lawyer to help whistleblowers navigate this process and the complex sets of rules and regulations pertaining to whistleblowing. 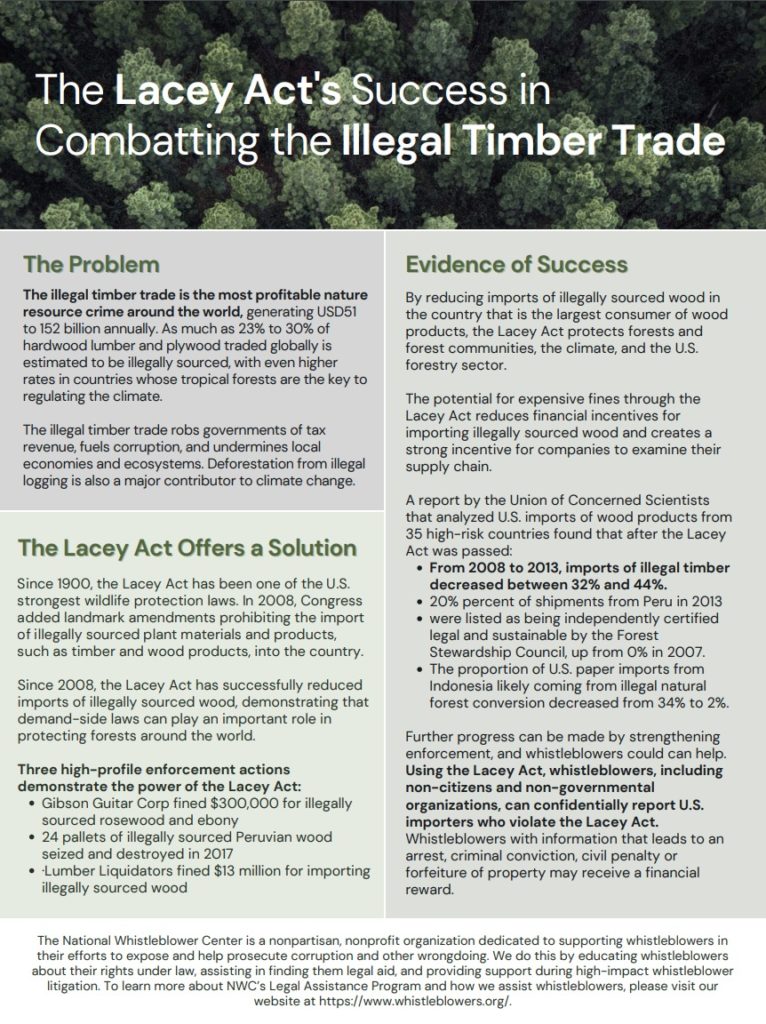